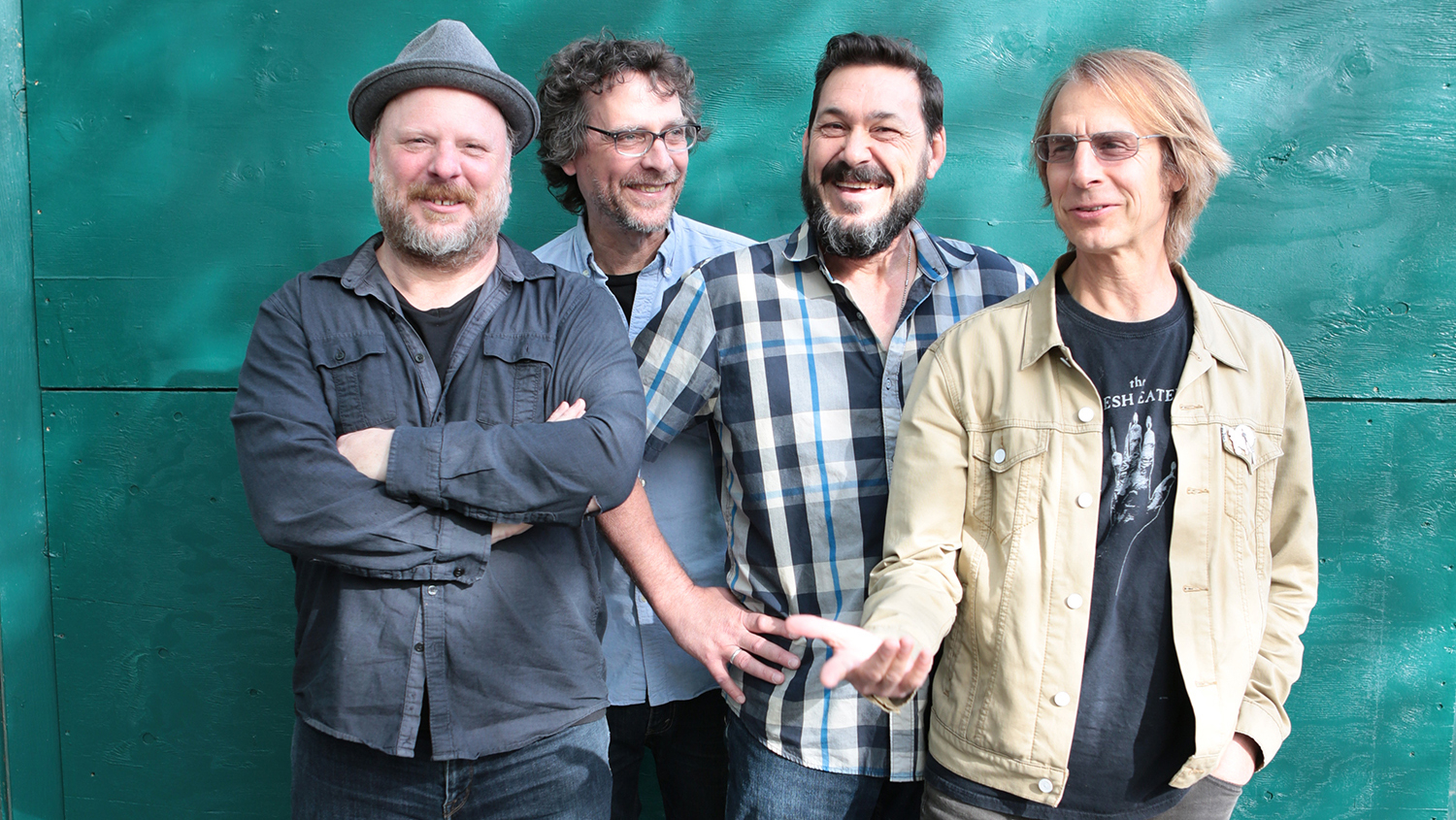 Since the late '80s, Mudhoney – the Seattle-based foursome whose muck-crusted version of rock, shot through with caustic wit and battened down by a ferocious low end – has been a high-pH tonic against the ludicrous and the insipid.

Thirty years later, the world is experiencing a particularly high-water moment for both those ideals. But just in time, vocalist Mark Arm, guitarist Steve Turner, bassist Guy Maddison, and drummer Dan Peters are back with Digital Garbage, a barbed-wire-trimmed collection of sonic brickbats. Arm's raw yawp and his bandmates' long-honed chemistry make Digital Garbage an ideal release valve for the 2018 pressure cooker, its insistent rhythms forcing movement and Arm's sardonic lyrics offering a funhouse-mirror companion to the ever-more-ridiculous news cycle. "My sense of humor is dark, and these are dark times," says Arm. "I suppose it’s only getting darker."

Digital Garbage opens with the swaggering "Nerve Attack," which can be heard as a nod both to  modern-life anxiety and the ever-increasing threat of warfare. The album's title comes from the outro of "Kill Yourself Live," which segues from a revved-up Arm organ solo into a bleak look at the way notoriety goes viral. "I’m not on social media, so my experience is somewhat limited," says Arm. "But people really seem to find validation in the likes—and then there's Facebook Live, where people have streamed torture and murder, or, in the case of Philando Castile, getting murdered by a cop.”

"In the course of writing that song," he adds, "I thought about how, once you put something out there online, you can’t wipe it away. It’s always going to be there—even if no one digs it up, it’s still out there floating somewhere."

Appropriately enough, bits of recent news events float through the record—"Please Mr. Gunman," on which Arm bellows "We'd rather die in church!" over his bandmates' careening charge, was inspired by a TV-news bubblehead's response to a 2017 church shooting, while the ominous refrain that opens the submerged-blues of "Next Mass Extinction" calls back to last summer's clashes in Charlottesville, although Arm's brutal delivery helps twist it into an indictment. Arm also went back to the pre-Mudhoney era for the titular insult of the stinging "Hey Neanderfuck." "National Lampoon made several comedy records in the 70s, and in one skit  someone gets called a 'Neanderfuck,'" Arm laughs. "I’ve always loved that insult and wondered why it never became a part of the American lexicon—it’s so brutal. It was high time to use that."

The shuffling "Messiah's Lament" is the band's first song in 6/8—and it's told from the point of view of a world-weary Jesus. And Digital Garbage closes with "Oh Yeah," a brief celebration of skateboarding, surfing, biking, and the joy provided by these escape valves. "I would’ve really just loved to write songs about just hanging out on the beach, and going on a nice vacation," says Arm. "But, you know, that probably doesn’t make for great rock."

Mudhoney, however, know what does make great rock—and the riffs and fury of Digital Garbage will stand the test of time, even if the particulars fade away. "I've tried to keep things somewhat universal, so that this album doesn’t just seem like of this time—hopefully some of this stuff will go away," Arm laughs. "You don’t want to say in the future, 'Hey, those lyrics are still relevant. Great!'”

Very excited to have Mudhoney over in October for two NL shows: