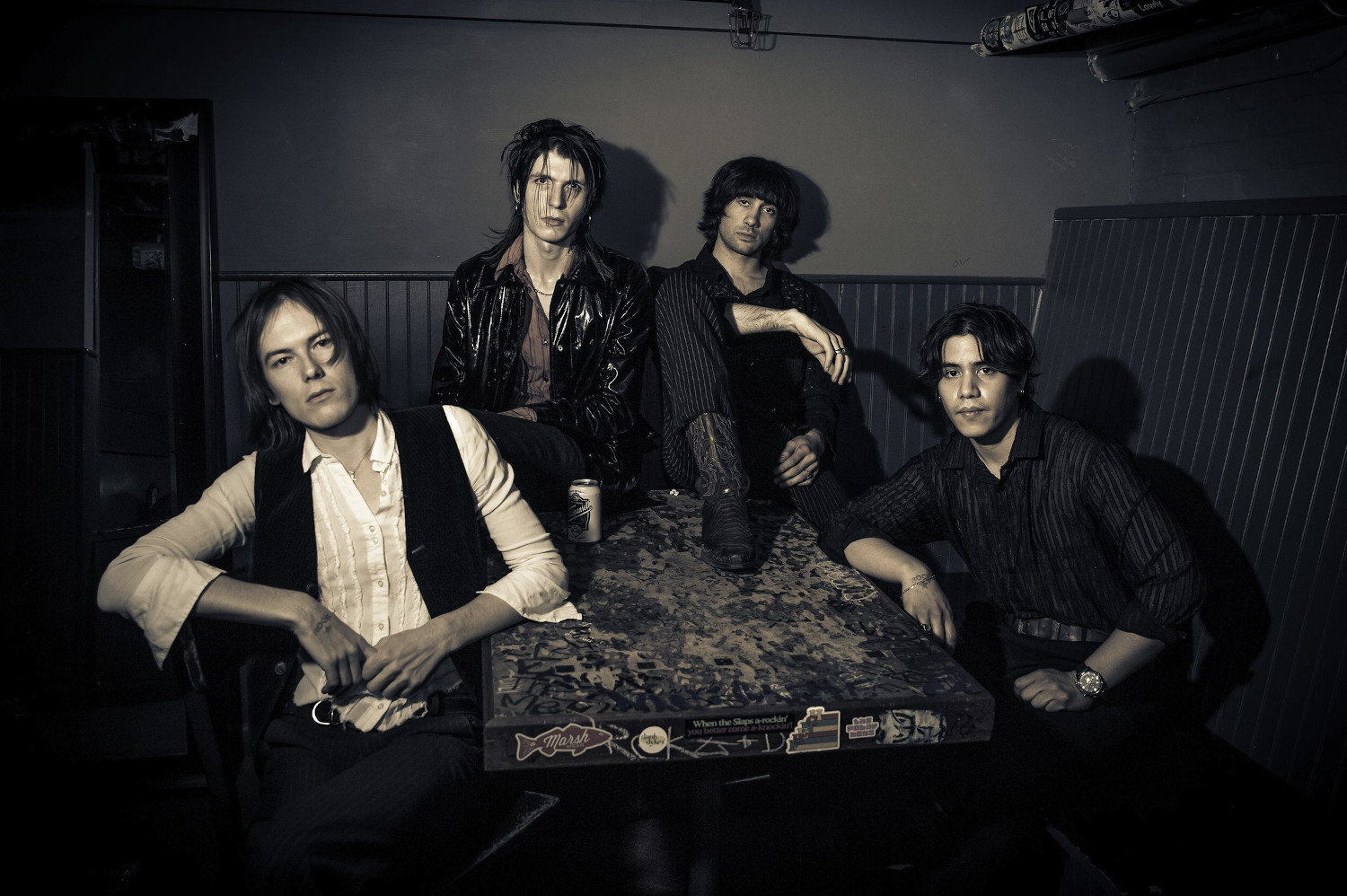 Beechwood over in the Netherlands for two shows

Jarring, streetwise, darkly shimmering rock & roll - Beechwood is a New York City band born out of necessity. Formed by a pair of close neighborhood friends as teenagers, Beechwood initially developed a buzz in the small clubs and DIY spaces of New York City, honing their unpredictable, frenzied live performances (twice even leading to mid-show arrests) while building a dedicated following.

Originally a three piece, NYC’s sexiest offspring since New York Dolls emerged from the dirt and glam of The Big Apple just under a decade ago with their debut Trash Glamour and have been shaping up their sound ever since. Right after the promising Songs from the Land of Nod, they released Inside the Flesh Hotel, a rough diamond that combined a myriad of influences and manifested how brilliantly they owned that sound, making it more modern.

They are now back with a vengeance, with a more mature signature sound they have kept refining while cutting their teeth with an enhanced line up. Sleep Without Dreaming is made of the same rock’n’roll cloth as its predecessor but there is an ethereal, dreamlike and lunar side to it this time around.

In lieu of sleep without dreaming, Beechwood provides the listener with a dazzling palette of mental pictures, sensations and moods, from the most soothing to the most fiery. They have the flair to beget strikingly evocative, magnetic and permeating atmospheres and increase them tenfold. If you don’t get a pulse to this collection of songs, visit your doctor ASAP. Who said rock’n’roll was dead? This four-piece is the irrefutable proof rock is alive, kicking and rolling for many years to come.