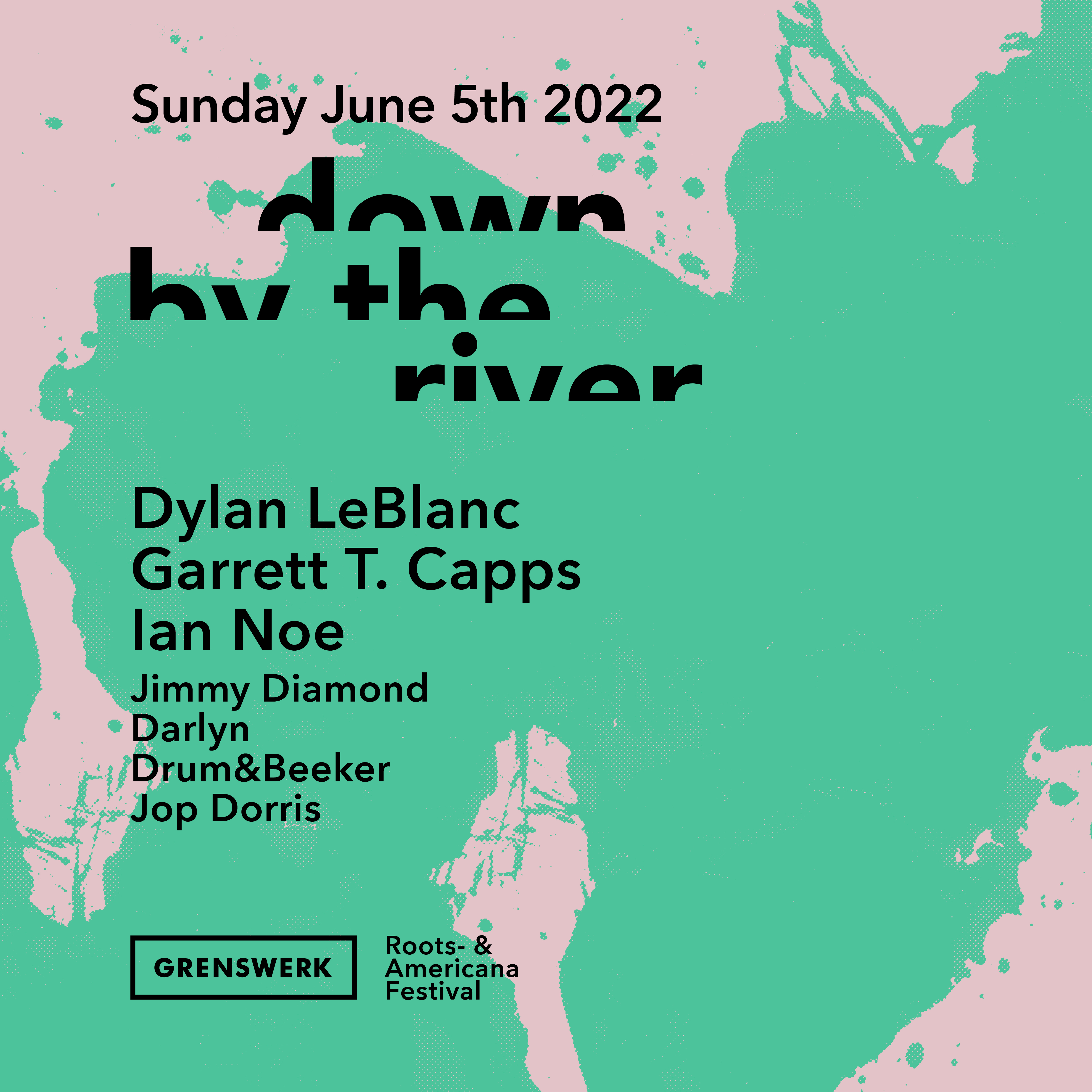 Down By The River 2022: Dylan LeBlanc, Garrett T. Capps, Ian Noe and more

Dylan LeBlanc, Garrett T. Capps and Ian Noe are headlining the sixth edition of roots- and americanafestival Down By The River in Poppodium Grenswerk in Venlo. The festival is set to take place on Sunday June 5th. Besides these three acts there are more on the line-up. Tickets sales starts from this Saturday (12:00) onwards via: www.grenswerk.nl.

The festival is held in early summer for the first time to ensure a great program. Down By The River will also move across the city. On an external location there is Jimmy Diamond, Darlyn and Drum&Beeker. Besides this the hall of Grenswerk and the Jacobskapel (on 100m from Grenswerk) is utilized. On the stage of Grenswerk we'll find Dylan LeBlanc, Garrett T. Capps and Ian Noe. Jop Dorris will be performing at the Jacobskapel. On this stage a final act will be added.

Dylan LeBlanc from Muscle Shoals, Alabama did Zomerparkfeest in Venlo in 2019 and blew the roof off of a packed Arena-tent with his driven Neil Young-esque rootsrock.

Garrett T. Capps from San Antonio, Texas is seen as one of the most important country-renewers; with his NASA-americana (with synthesizer) he pulls the genre into the 21st century in a convincing way.

Ian Noe held a guitar from an early age. The American singer-songwriter grew up with folk-examples as Bob Dylan, Arlo Guthrie and John Prine and based his acoustic roots sound upon, combined with impressive lyrics and convincing vocals. This time he'll be over with a band for the first time!

Jimmy Diamond then transports us to the Americana and roots rock of the seventies infused with contemporary indie rock. The members of Jimmy Diamond form the European left- and righthand of Tim Showalter's Strand of Oaks. As Jimmy Diamond they are a force of their own, with a similar DNA in their veins.

The Dutch rootspopband Darlyn first came to the scene in 2016 with the song Stepping Stone, which went viral on Spotify and brought the band to De Wereld Draait Door.

Peter Beeker has seen the light. The blues has caught him. You hear it in Drum&Beeker. Thick riffs and beats straight from the swamp. Beeker can tell you everything you want to know and more about the differences between blues from North-Mississippi and South-Mississippi.

Jop Dorris is a young singer-songwriter that gets his influences from soft pop- and country music. Driven with his passion for songwriting and wordplay Jop writes songs that balance between heartfelt and catchy. Think of a mixture of Ed Sheehan, Taylor Swift and Luke Combs.